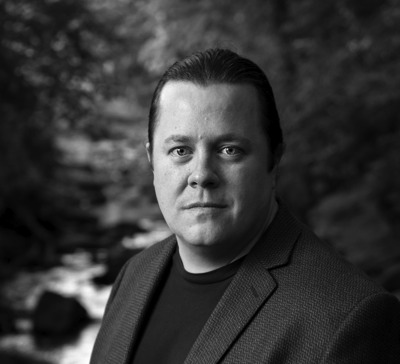 BIO:
Jason H. Mitchell is a classically trained guitarist and a composer of instrumental and electro-acoustic music. While he has lived throughout the United States, he grew up in the lower Rio Grande Valley of south Texas, where the rich cultural heritage of the Texas-Mexico border region influences much of his music. He has earned degrees in music composition and guitar performance from the University of Illinois, Texas Tech University, and University of Texas-Pan American.

Jason holds degrees in music composition and classical guitar performance and is working on a series of commissions for solo instruments and fixed media plus a commission for a series of works for classical guitar. His music has been performed throughout North America, Africa, Asia, and Europe. The work “Fractured Focus,” a video and sound collaboration with artists Josephine Turalba and Joaquin Tangalin is on permanent display at the Yuchengco Museum in Manila, Philippines. His 2013 composition “Derelict Station: Channel 1” can be found on the Sound Flux release from the EMPiRES label. His 2009 composition “Sk’elep” can be found on Electronica from the HighSCORE label and Measures of Change from UIUC-EMS. His 2008 composition, Gravitational Altitude Correction [a.k.a. G. A. C.], for two-channel fixed media may be found on the 50th Anniversary of the University of Illinois Experimental Music Studios CD. Additionally, his works have been performed at the 2015 Venice Biennial, 2015 Studio 300 festival, 2015 ICMC, 2015 SEAMUS festival, 2015 KCEMA Happy Hour series, 2015 Ensemble Mise'en concert series, 2014 Oh My Ears! Festival in Phoenix Arizona, the 2014, 2010, and 2009 New York City Electroacoustic Music Festivals (NYCEMF), 2013 NSEME Festival at Temple University in Philadelphia, Pennsylvania, 2013 SoundSCAPE festival in Maccagno, Italy, 2012 NMEA festival in Las Vegas, Nevada, 2012 HighSCORE festival in Pavia, Italy, 2011 UpBEAT festival in Milna, Croatia, 2010 national conference of the Society for Electro-Acoustic Music in the United States (SEAMUS), the 2009 Electroacoustic Juke Joint Festival, the 2009 Electronic Music Midwest Festival, Roosevelt University, Texas Tech University, University of Iowa, University of Texas Pan-American, Channel Noise at Georgia Southern University, and Foldover Radio Show in Oberlin, Ohio.

Jason is a contributing author and composer for the multi-volume ¡La Guitarra! guitar-instruction series and has served on the faculty as an instructor and composer-in-residence for Las Guitarritas Guitar Festival in Edinburg, Texas since 2004.